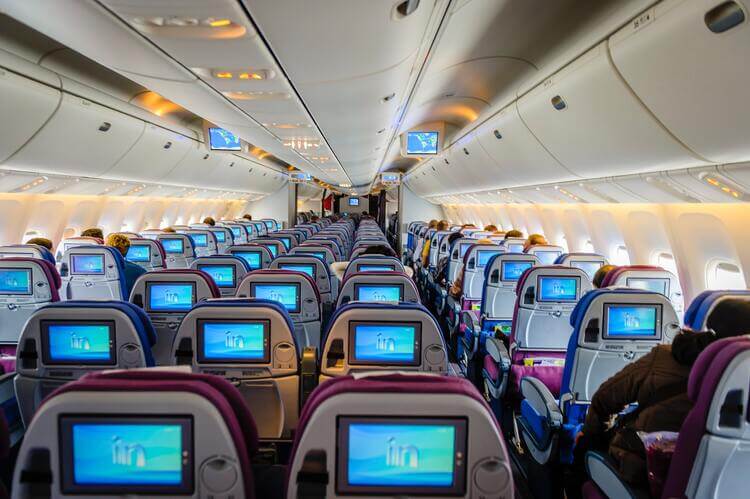 After years of staying home, the world is finally starting to open up again, and with it, travel has become a thing once more. That might’ve seemed like an extremely far away dream at one point, but it has become a reality. However, with everything being closed for so long, many of us didn’t realize just how bad inflation has gotten. Prices for everything have shot up, and experiences have become expensive too with it.

The same trips you could plan on a month’s salary are often too hard to afford on several months’ salaries. But that doesn’t mean that you can’t still strike a deal that will put you ahead of the curve. You can!

There are many ways to get your trip’s overall cost to plummet, starting with what’s usually the most expensive step of them all, flights. If you can figure out a way to save money on the flights to your destination, you’ll have a lot more room in your budget to spread out during the actual trip.

Wondering how you can get that done? You’re in the right place! In this post, we will do a complete rundown of how flight pricing works and how you can score the best deal possible.

So let’s figure that out!

Why does the flight pricing change all the time?

First thing’s first, let’s figure out what causes the flight prices around the world to change all the time? While the changes might seem random at first, they’re not. There’s a reason behind every change, and if you know what signs to look for, spotting the changes and avoiding them becomes that much easier.

The main reason flights change prices every day is just because days go by. If you’re trying to book a ticket a week in advance, it’s already going to be super expensive because there won’t be a lot of tickets left by then anyway. The closer a flight gets, the more “last-minute planners” want a spot on it. Going by the simple rules of demand and supply, the more people that want one thing, the more expensive it’s going to get.

But a few weeks or months in advance, things aren’t so simple. You might find a flight getting cheaper as the time goes on before going back up again. Sometimes these fluctuations happen between seconds.

So can you really “time” the perfect flight tickets?

Is there really a “best time to book a flight”?

With how volatile ticket prices can be, you might find yourself wondering if there even is such a thing as the “best time to book cheap flights.” Well, there is!

In general, if you’re going to be traveling within the country, you should book your tickets at least one month before the date of the flight, but the “best” time would still be at least 2 months before.

The general rule of thumb is that the longer you have between the date of booking and the date of departure, the better.

Sure, you might find the flight randomly going down by a few dollars here and there in the weeks leading up to the flight, but the difference overall between an early booking and a last-minute one will be massive.

But that doesn’t mean that there is no way to get cheaper flights closer to your departure date and that you can’t be spontaneous with your trips; you can!

The flights may not be as cheap as if you had gotten them earlier on, but they can still be fairly cheap, as long as you keep a few key things in mind.

Don’t just choose between the first two flights you see when you start researching. A couple of flights on one page won’t really be the tell-all of how cheap flights can get. Make sure you spend adequate time researching your tickets. Try checking between airlines, check it multiple times a day or even a week, and try to spot the tickets that seem the cheapest out of several.

The deeper your research goes, the better your chances will be of getting the cheapest ticket possible.

Don’t be too rigid

This is extremely important. There are just too many people out there that are far too rigid with their plans. They want to plan out a certain itinerary and stick to it to the point that nothing else is acceptable.

All that does is create limits. You’ll start being super limited to the places you can go and whether you’d even get to go at all.

Instead of being super strict with your plans, give everything a bit of leeway. Start off with the dates. Move the plans around a few days or weeks to see if you can score a better price on any other day at all. Then, pick layovers in places that make sense. The more layovers you have, the cheaper some flights tend to get, so see if you can squeeze some into your trip! That will even allow you to explore even more places on your way to your destination, so it’s a win-win!

You can even move your actual departure and destination around. Some airports are more popular than others, and that leads to them being a lot more expensive too. Using a less busy airport might bring down the fare by more than you’d think!

Find out when the “Offseason” is

This is a given with any type of travel. When the “season” is “on,” everything will be more expensive. That’s because everyone’s flocking to the same destination all at once, and it drives the market price of everything up along with it. That’s not what we want at all.

So, if you’re going to, let’s say, Disneyland Paris. Don’t go at the peak of summer when school’s out and people want to head to places that kids would enjoy. Instead, book that holiday during exam season when the kids are busy and only the ones not studying are out enjoying themselves.

It might not be super obvious at first, but there’s an on and an offseason for just about everything. Figure out what’s the case for your preferred destination and change your plans accordingly!

If you’ve kept all of these factors in mind but still can’t figure it out, it’s not your fault; it’s sometimes more complicated than we first anticipated going into it. Sometimes, prices go down for a couple of minutes at a very random time in the day, and it goes away faster than they appeared. Leaving you with no time to react.

That doesn’t mean that you have to keep your eyes glued to the screen all the time, nor do you have to manually search through pages day and night trying to find the right one that fits! You can get help from websites that specialize in finding you the right deal!

We’ll notify you when flight prices to amazing destinations are at their lowest.

All set to jet around the world!

With all of these easy and effective ways to book the cheapest flights, you can go on your dream vacation without having to empty out your pocket before you even get there! No matter what your destination or travel dates might be! So you can travel your heart out without having to worry about what it’s going to cost you.

We let you know about ridiculously low airfares from your home airport.